Sitting on a plane

New York: The Big Apple and the city that never sleeps are two of the most popular names for one of the most famous cities in the world!

To be honest New York was never really on my bucket list, but when things are meant to be, life points you in the right direction and this ranks as one of the best holidays I have ever had! After having a discussion with my travel buddy, within four days we were booked on our trip to New York – talk about quick decision making!

Researching to find an accessible hotel room for three weeks in the middle of the American summer was probably the hardest part of the whole holiday however, The Westin, New York at Times Square, ticked all my boxes. The staff were fantastic and willing to go the extra mile and this made for an extra special experience. I will definitely be staying here on my next trip to New York! (See previous blog post for details of this accommodation).

Upon arriving at JFK airport, the pre-ordered super shuttle with wheelchair accessible transfers, greeted us and my seven pieces of luggage, for our transfer to the hotel. We were chauffeured through the busy bustling streets of New York to the sounds of car horns, a sea of yellow taxis and street vendors. The best part was the lovely warm weather!

After being greeted by the friendly staff at the hotel, we were shown to our awesome wheelchair accessible room, with a view over the street and a welcome cheese platter.

We quickly unpacked, and headed out for the typical New York street vendor meal: a dirty water hot dog and prepared for an early night after the huge 24 hours of travel from Australia.

With our sightseeing checklist in hand, it was time to hit the ground (sidewalk) running and head to Times Square to check out all the action and excitement. I can absolutely see why 65 million visitors descend upon New York every year.

We went to the Rockefeller Centre and did a harbour cruise around New York, went past the Statue of Liberty and utilised the many bridges accessing New York to see all the talked about highlights the Big Apple has to offer.

Someone recommended to go and try the double-decker sightseeing bus ride, to get our bearings of New York. This bus circles the city and passengers can hop off and on at designated points. However, this did not work for me and I ended up staying on the bus and completing the loop of the city. I found it easier to walk around (well drive my power chair) with my travel buddy. We would average 10 to 17 km in a day and were able to be independent, wander the streets, explore, be on our own time schedule and find new and exciting adventures which may have been a restaurant, establishment or just general sightseeing. Besides, there is so much traffic walking sometimes it feels like you arrive at your destination quicker walking through the bustling crowded streets, than travelling along in a tourist bus.

In general, wheelchair accessibility in New York is awesome! Everywhere I wanted to go had a ramp or elevators, and when the shop had stairs the friendly staff would provide a ramp so I would be able to peruse and or purchase items. This guy knows how to shop! As long as you plan ahead - even the subway can be managed as some stations don't have elevators.

The High Line is an old, elevated train line with numerous accessible access points, offering an elevated view of New York allowing you to look down at the bustling streets, with food and beverage locations scattered along the walkway. When we tried one of the vendors Mac ‘n’ cheese, it turned out to be deep fried which was not what we were expecting!

Another place we checked out was the Loeb Boathouse in Central Park. The bar here was a standout for me because they had a lower section to the bar bench that I could sit at and drink my drinks comfortably instead of not being able to reach the higher part. It’s safe to say that by the end of my holiday, the barmen knew my drink order by heart!

I was easily able to complete three all day tours to the Hamptons, Philadelphia and Washington DC. These day trips are massive days out but well worth the adventure. We pre-booked well ahead of time before I left Australia which allowed the company to allocate a wheelchair accessible bus ahead of time. They provided a lift and tie down points and room to sit with my friend. Even though we had to start our day at 4 AM to be ready for our tour, it was very hassle free, and a tour guide is included in the admission, I would highly recommend these tours.

Bus trip highlights: Hamptons: Checking out the $25 million plus homes, along with wine tasting at a the ‘Duck Walk’ winery. Philadelphia: The famous stairs from the rocky movie, horse-drawn buggy ride in an Amish community. The Amish are very friendly and were very accommodating and willing to assist in transferring me onto the horse-drawn buggy so that I would be able to share the experience with my travel buddy and fellow bus passengers. This was the first time in over 27 years that I was able to participate in an activity with horses. We even got to try home-made lemonade and ice cream! Washington DC: We checked out The White House, Lincoln Memorial and United States Capitol

New York City highlights included a bird’s eye of New York via a helicopter tour. Liberty Helicopters Sightseeing Tours of NYC was the company we used. I’d highly recommend these guys as they were very accommodating. After the safety briefing, we were escorted to the helipad where we were greeted by friendly staff that were very confident in transferring me into the helicopter. It was hassle-free and the staff made me feel very comfortable which made for an excellent experience. After being strapped in we were off for our 45-minute scenic flight. We circled the Statue of Liberty, travelled up the Hudson River where our pilot gave a very informative overview of New York and pointed out all the landmarks. You just don’t realise how many parks are located in New York and in particularly how large central Park is, it’s huge (it even has its own golf course!). Before we knew it, the tour was coming to an end and we were back on the helipad, where they transferred me back to my wheelchair and we headed off to a local restaurant for a celebratory drink.

Baseball: checking out a New York Yankees game is like a party. I loved the experience and the vibe of the outdoor warmup with locals and tourists filling the local bars and eateries. They even had a Hard Rock Cafe pop-up stall with a DJ. It definitely got us excited to watch the game at the world-famous Yankee Stadium. We collected our tickets that were pre-bought, we headed down to see the Yankees and Boston Red Sox teams warmup and then headed up to our seats. The accessible seating allocation had an awesome view and plenty of room for my wheelchair and padded seating for my friend. To complete the full experience; we grabbed our hotdogs and drinks settled into watch the game. We had some friendly locals who were willing to explain baseball to us. The best part though, was that the Yankees won!

Theatre: attending a show on the world-famous Broadway was on our to-do list but, boy did we get the full experience. Word of advice, I was unable to purchase tickets through last-minute tickets in Times Square due to wheelchair accessibility. “Hamilton” was highly recommended, with very limited highly sought-after tickets. The ticketing agent at the box office for ‘Hamilton’ was very helpful and within 15 minutes I had purchased two tickets to the most popular Broadway show running. On the night of our arrival, we could not believe how lucky we were to be seated nine rows from the front.

United Nations: The United Nations provides guided tours of the building and it was very informative and wheelchair friendly. We saw artefacts from war time and a statue from Hiroshima along with the main boardroom that holds all the world leaders.

National September 11 Memorial & Museum: I purchased my tickets online prior to attending. We booked the 1-hour guided tour which was excellent and wheelchair friendly. It was a very eerie feeling being there! We paid our respects and spent around 3 hours exploring the museum and listening to the stories of 9/11 through media, narrative and the collection of monumental artefacts. It is well worth adding this to our New York to-do list and putting aside half a day to explore the infamous ground zero.

Although I didn’t get to see everything I wanted too, I wouldn’t hesitate to return in a heartbeat to that “New York State of Mind”. My bite out of the 'Big Apple'! 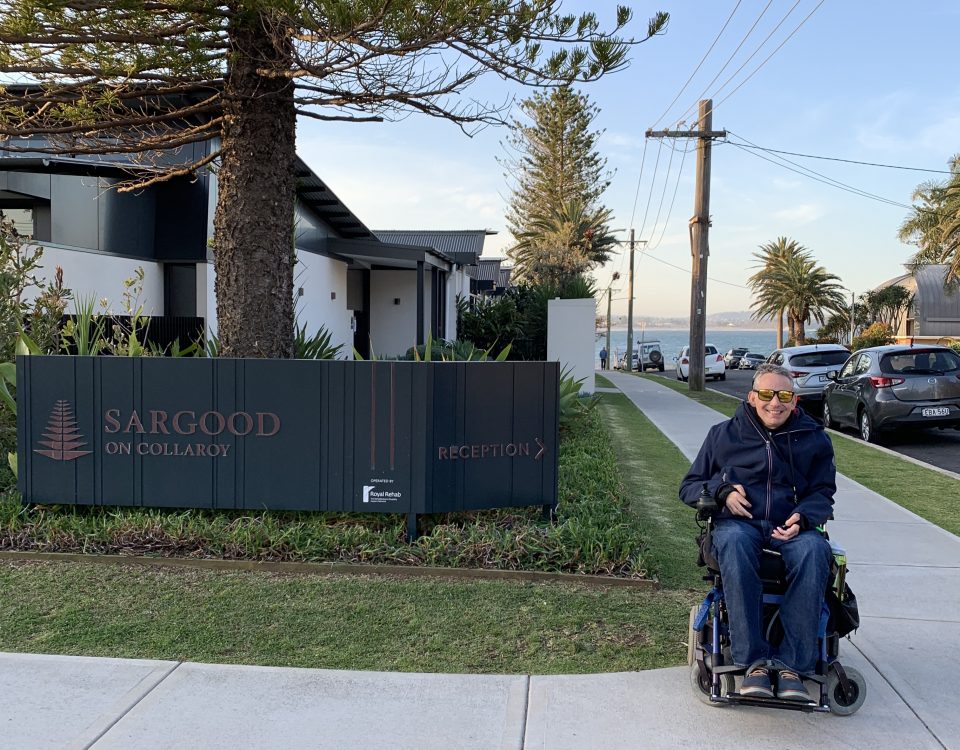 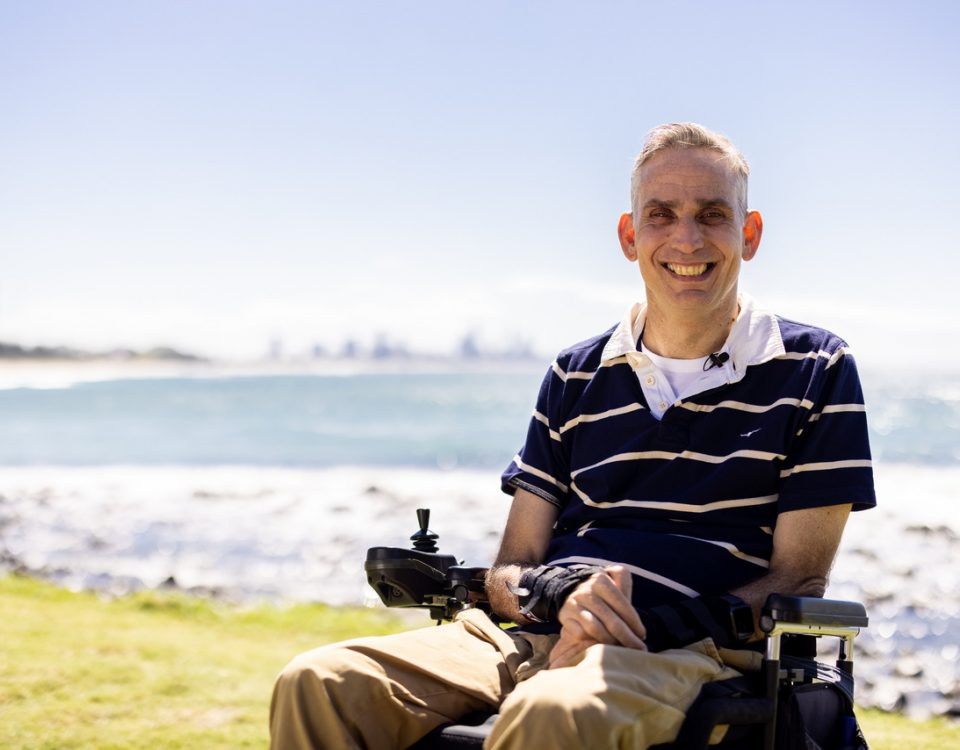 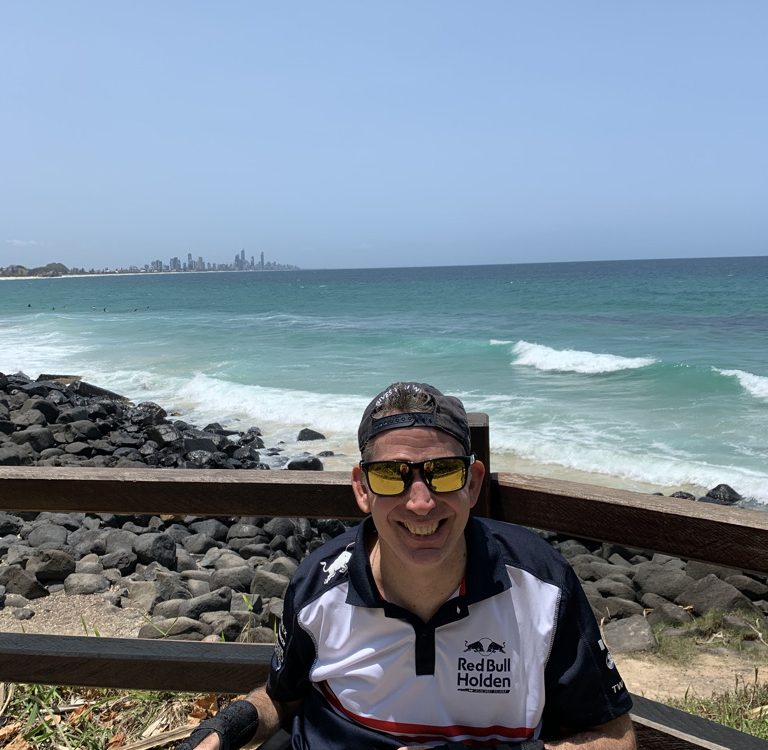